LEARN TO MAKE A LOT OF MONEY WHILE YOU SLEEP

We have helped countless people on their way towards Financial Freedom … through Selling on Amazon.

Not by telling them it is Easy, brag about results or flaunt enormous wealth in their face … but through live 1 on 1 coaching, leads and training-material that just WORKS.

Take Back  Control and Get out of the rat-race

Follow in the footsteps of those who have gone before you: 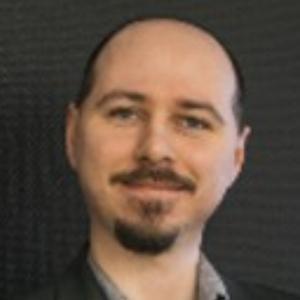 “He Shows What Amazon FBA is”

“Really Covers Everything You Need To Know”

Read Some Testimonials Instead

"Feels Like I am Hooked Up To a Fire Hose"

"Explains a lot ... never knew I needed to Know"

"Thanks So Much as Always"

"I really Appreciate You Taking the Time"

"You've made me feel comfortable"

NOTHING IS GOING TO CHANGE IF YOU DON'T CHANGE BE BRAVE ... DARE TO CHANGE ... SET YOURSELF FREE

SO … WHY SELL ON AMAZON?

There are so many ways you can sell online, that we often get the question why we recommend to start with Online Arbitrage on Amazon.

And the short answer is  that we recommend the Amazon marketplace itself because of the FBA model, where Amazon takes care of the shipping for you and handles 1st line support with customers as well as product returns … all other platforms require you to do these things yourself … and in the beginning you really don’t have that time.

The only reason why we tell people new to E-Commerce to start with Amazon Arbitrage, is because generally speaking you don’t have the money, knowledge or skill-set required to build your own brand of products … and although some courses cover the Amazon side of that adequately … the reality is that in order to do Private Label successfully you need a far broader skill-set.

Compare it to learning how to ride a bicycle … most kids start with a balance bike, before moving on to a tricycle and from there they start with training wheels, before eventually doing it without any support.

You can explain how to ride a bicycle all you want to a toddler .. You can even be Lance Armstrong himself … but fact of the matter is …  that it simply takes time before your child gets to grips with it … and selling on Amazon is no different.

Which means you need to Start With the Basics …

Ways We Can Help You:

NO MONEY? ... NO PROBLEM START WITH OUR FREE RESOURCES

WATCH OUR YOUTUBE CHANNEL LEARN THE TRICKS FROM THE TRADE

Get notified when we upload  new videos on YOUTUBE , share valuable information with you and on top of that you’ll receive free online arbitrage leads … every week ( around Wednesday)

Great, thanks! Now please check your email to confirm your subscription.

… You can unsubscribe at any time …

WE ARE DIFFERENT | OUR STORY

The first time we became aware of selling on Amazon, was through a video recommendation on YouTube.
In this video and any subsequent video we watched after, selling on Amazon was portrayed as not only doable… but almost laughably easy.

And not long after that we signed up for several courses, which for some reason kept perpetuating this romanticized version of selling on Amazon.
That is not to say we didn’t learn anything … even the worst course on this planet will teach you something.

The real problem was and still is, the hype surrounding selling on Amazon and E-Commerce in general … and that prohibits people from seeing the truth.
As a matter of fact most “students” of these programs behave more like cult members or at the very least consumers on a spending frenzy to some degree … and in order to be successful you need to be anything but that.

And before you ask … no we didn’t start in a position where we were down on our luck and didn’t have a penny to our name … nor do we have some rags to riches story for you to “inspire” you (i.e. trying to make you buy our stuff even if you can’t afford it) where we suddenly started making millions upon millions through some secret technique no-one knows about.

Now we don’t like bursting your bubble, but there is no guarantee for success to any of this … that doesn’t mean selling on Amazon isn’t a viable, because it is … just don’t expect some paint by numbers way to get there.

Look at it like this … If you want to learn how to box and hold your own in the ring … would you go and watch a Rocky movie .. or go to the gym?

When it comes to selling on Amazon, most people unfortunately pick that Rocky movie and expect some miraculous come back in the last round … we practice and preach “going to the gym” … which is harder to learn and do … but better for you in the long run

Get in touch with us